Alder Hey Children’s Charity knew there was an opportunity to upgrade their corporate partnerships.

As a charity supporting one of the leading children’s hospitals in Europe, the brand awareness of the charity is actually far bigger than the charity itself. Because of this, the charity were often overwhelmed with the number of inbound of small-scale enquiries they received. This meant they didn’t have the time and space needed to grow their existing partnerships, or focus on finding new long term strategic partnerships.

Understandably the partnerships team wanted to say yes to every enquiry. It was often difficult for the team to focus as they were constantly being reactive.

They had a strong partnerships portfolio but found managing them exhausting. They did not know where their next major partner would come from.

When their Head of Partnerships went on maternity leave, Alder Hey decided to use the funds from their salary to enlist Remarkable Partnerships to help develop their corporate partnerships.

We worked with the team to identify their priority industries, then conducted a contact mapping exercise with their senior management team to identify ten prospects where they had a strong chance of creating a new, major partnership.

With a focussed pipeline established, we embedded a powerful method of coming up with bespoke partnership opportunities, starting with identifying the shared purpose. The first time this was completed, the team said they felt the company would be silly to say no to such a good opportunity.

As an NHS charity, it can often be difficult to describe the problems they solve without criticising the NHS. Through a series of meetings we established what they could say and what would (or wouldn’t!) happen without them identifying the emotional touch points for pitches.  These included the facts that hospitals can be a scary place for children and that all parents want is to be there, caring for their child.  Immediately, these powerful hooks started to work.

The next step was to put in place a process to filter inbound enquiries. Working together, we created a set of ideal partner criteria, which enquires were scored against – giving the team objective reasons to say no. Part of this process was implementing a process for gifts-in-kind. The charity are now able to assess whether an opportunity is worth their time and resources, or whether they should pass the opportunity to the operations or community teams. This gives them the headspace to focus on the most valuable prospects.

Finally, we ran a series of partnership growth workshops. These enabled us to create lists of “priority A, priority B and priority C” partners, giving them a measure of how much time they should be spending on each of their existing relationships.

Just ten months into this one year programme, the benefits were truly remarkable. With a clear focus on ten hot prospects and delivering their most important partnerships, the charity were able to secure two major partnerships.

The first of these partnerships is with a household car brand, working to create the green Alder Hey plan, supporting the hospital to go carbon neutral. Alongside this, they will also support the management of stock and logistics, using their factory floor expertise to improve the distribution of food and equipment throughout the hospital.

The second, is worth £110,000 with multi-year potential to grow, which has created the confidence that these companies are in their pipeline and that the partnerships are achievable.

It is also important to note that this work has increased the average value of their partnerships, and the team are more confident saying yes and no to  the right opportunities. The trustees have also become more proactive with the introductions they can make and the momentum shows no sign of stopping.

“Working with Remarkable Partnerships has been game-changing. We have embraced the power of storytelling, become more focused on both new business and partnership growth, and have got our trustees sharing more of their contacts with us. Over the 12 months of our work with Remarkable Partnerships, we have secured a partnership with a household name company worth £110,000, launched a new strategic project with a major car manufacturer and increased the average value of our existing partnerships.”
– Fiona Ashcroft, Alder Hey CEO 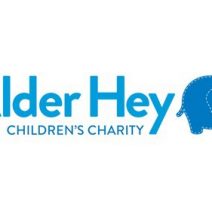